Another good week at the ScPA, with nine dogs leaving for new homes, plus of course the four who left for Belgium. In fact one of them, beautiful Melba, has already found a new home. This is what we mean when we talk about giving a second chance dogs who have waited a long time in Carcassonne. Melba was in Carcassonne for a relatively short 3 and a half months, but the fact that she was adopted 2 days after arriving at Animal Trust speaks volumes. And there is more good news on the way from Belgium but that can wait till next week.

On to the ScPA adoptions.

First up was husky Texas. This is his fourth adoption, so we hope this time he really has found his forever home. His lasted owner kept him for 18 months, and we thought that was it, so fingers really crossed this time. Luckily handsome as he is, he was snapped up. Spare a thought for the less attractive dogs who are brought back, they are seldom as lucky. Last week’s adoptee, Flavio, was brought back 24 hours later, and he is still waiting, as of course is lovely Banksie along with many, many others. 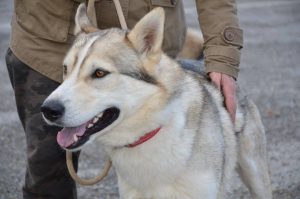 The ScPA also said goodbye to Moby (now renamed Monty and being proudly shown off on the Languedog Facebook page) and Luna, a lively little parsons terrier who proved in her last home that with the best will in the world, she is NOT able to live with other animals. 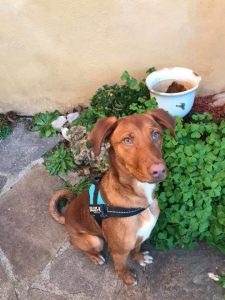 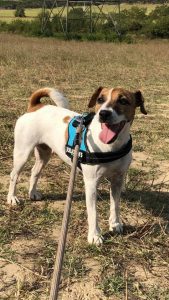 Nala, a young malinois cross  found a new home. She was brought in for rehoming last week as her family no longer had time to care for her. As did tiny pups George and Charlotte, both of whom had been found in a local village. 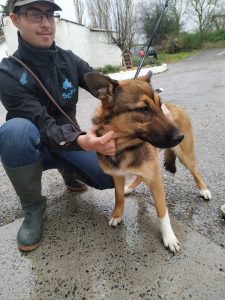 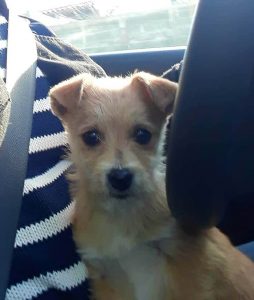 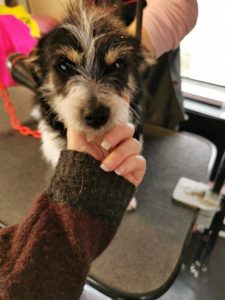 One of DRC’s favourite new arrivals, Bree, was also homed, as was yellow labrador Gloria; two fabulous and gentle girls, neither of whom had to wait very long to find happiness again. 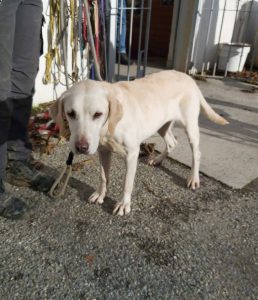 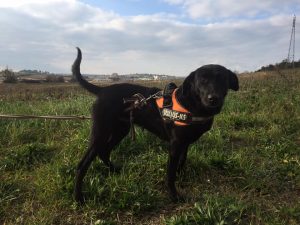 Perhaps the adoption of the week is that of Buffy, aka Mamie Zin-Zin, a yellow lab who was brought to the refuge due to her owner’s going to long term care. Buffy is atypical of her breed; she is good with neither dogs nor cats! Moreover she appears to have had some kind of cerebral incident, meaning she has difficulty walking.

That has not stopped her finding a new home, and today she left as an adopted dog, not a long term foster! There are some wonderful people out there. We wish Buffy every happiness and long long life in her new home. 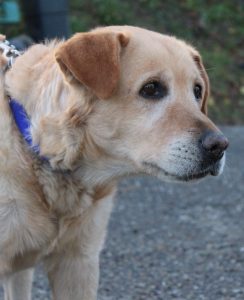 So we end the weekend on a high and look forward to more good news next week, along with the return of Moira who is back from her Scottish sojourn and is eager to meet all the new dogs.

2020-01-19
Darcey Dyson
Previous: Four more dogs leave for Belgium
Next: Save the Date for the second DRC Dog Show with a Difference!