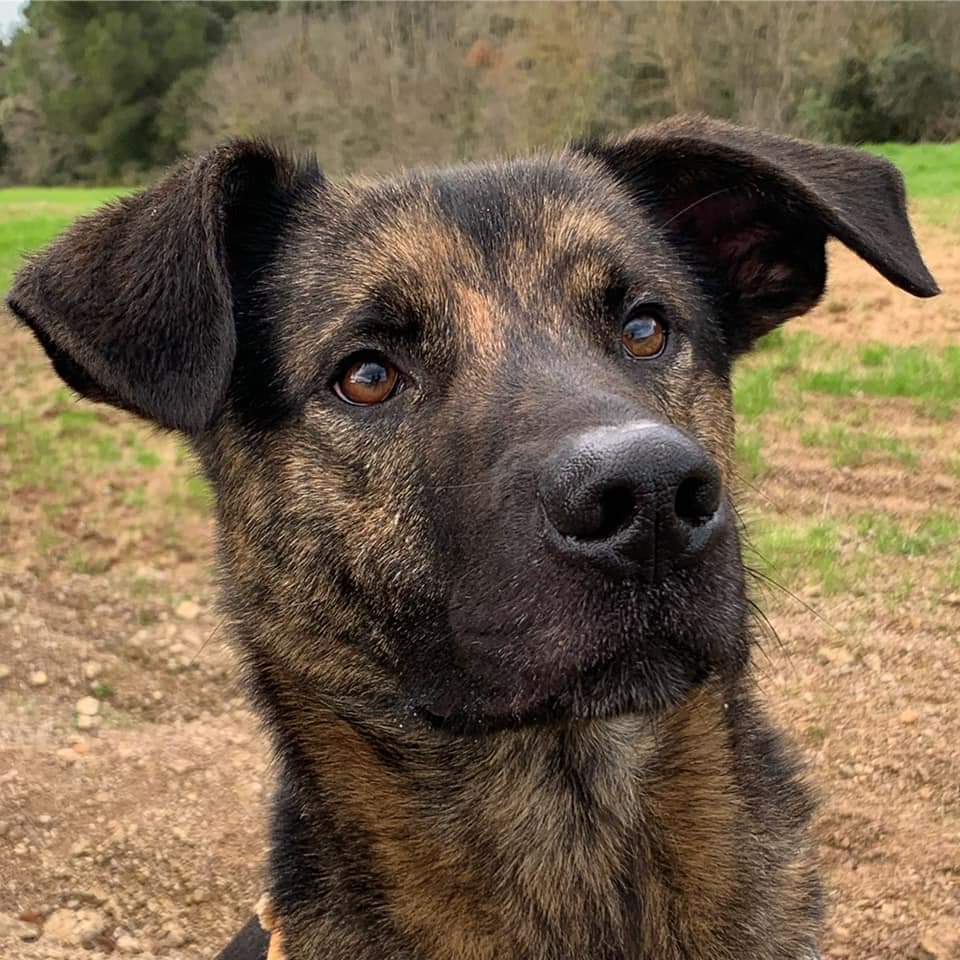 The first adoptions took place on Monday, with both Carlos, a stunning fauve de Bretagne and collie cross Taz leaving for new homes. We are particularly happy about Taz, who arrived with a badly injured leg following what we presume was an unwanted encounter with a car. The ScPA vet  re-broke the hip joint in order that it can reheal in the proper position, which has meant that Taz has been spending lots of time in the reception area. He proved to everyone what a fabulously well behaved lad he is, and by all accounts his new family is delighted with him.

Later in the week we said goodbye to Velux, another relatively recent arrival. He is far prettier in real life than in this picture, and is possibly a spaniel / French bulldog cross. Another recent arrival, Rocky, left too. His family had gone to a lot of trouble to bring him back from a distant island when they moved to France, only to bring him in for rehoming when they subsequently got divorced. Still,  lucky Rocky didn’t have long to wait before finding happiness once again.

A truly wonderful adoption took place on Saturday; that of Black, a large and powerful looking dog who was adopted towards the end of last year and brought back due to poor management by his family. Sometimes dogs of Black’s size can wait a long time for a home, and in fact Black’s previous stay was a very protracted one. Not this time, though, and we were all delighted for him.

Little Pop also found a new home this week, with many of you probably guessing that she arrived the same time as last week’s leaver, Iggy!

Three of the week’s adoptions took place today. First to leave was lovely Star Lord, who arrived as a stray towards the end of December. A magnificent brindle coloured cross, Star Lord has cut quite a dash at the refuge and it is surprising that he has been there this long. Also finding a home today was Sherlock, whom you might recognise as having been adopted already once this year. Very sadly some things cannot be predicted, and a sudden severe illness meant that little Sherlock was brought back very unexpectedly and reluctantly. However he has found a new home almost immediately; that is the advantage of being a small dog. Although Black has proved that big dogs can strike gold too.

And the “best” adoption of the week? Probably that of Danceuse, first of the very timid border collies to find a home. She arrived as one of 7 dogs who had been locked away since being born, with no human contact or access to outside. Luckily they made it to the safety of the ScPA, where they have been left pretty much alone for 3 months or so. Gradually they have been learning to trust people and have finally been separated to socialise with other well-balanced dogs at the refuge.

Danceuse is the first to find a home, and we hope that the others soon find gentle and patient homes in which to continue to recover from their earlier neglect and mistreatment. Happy new life Danceuse and the same to all the week’s other leavers, too.

Let’s hope for another good week with lots more leavers.