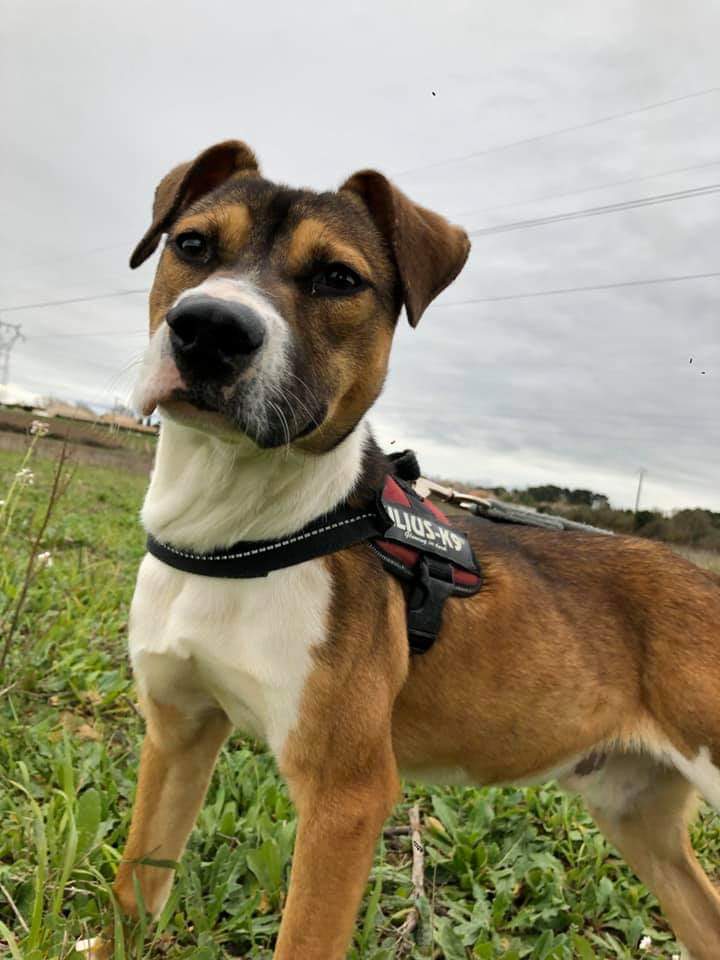 Here we are with another week’s update from the ScPA. Hopefully this week’s leavers will fare better than last week’s; two of them are already back at the refuge. Pollux and Loustic’s freedom did not last long, with both families giving up after a very short period of time, making many of us wonder what the heck people expect when they adopt a dog. Surely everyone is prepared for at least a minimum time of adaptation. Sadly apparently not.

In fact today’s summary should have featured eight dogs, but one of them, Jack Russell Luna, is back already. Not the shortest adoption ever, but surely in line for some kind of record.

But let’s move onto the good news; this week’s leavers.

Two of the three beagle cross pups left for new homes, which is great news for Kurt and Slash. They really are adorable little lads and we hope it will not be too long before their brother, James, finds a home too. It is so hard for puppies to grow up at the refuge.

Another puppy, the fabulous Linoise found a new home, as did “not quite pup” Milka. And despite Luna’s abortive adoption, two other female Jack Russells did find homes; both Betsy and Puce left the refuge for new lives.

Eldest of the week’s leavers was ten year old yorkie Andrew. He arrived earlier this month but sadly for him, and possibly for his owner, he was not identified. Although ten makes Andrew sound quite elderly, of course in general the smaller the dog, the longer the life. We hope that Andrew and his new owner have many many happy years together ahead of them.

Let’s hope we don’t see any of these dogs again unless it is in happy photos or for visits from delighted and committed owners, and roll on next week, when there will hopefully be more dogs leaving for what will be FOREVER homes!