It was another quiet week in terms of adoptions, with just five leavers, three of which are puppies from the same litter. Joy, Petit Nuage and Esperanza were brought in as part of an unwanted litter of border collie/ patou crosses earlier in the week.

Don’t get us started about people failing to have their females sterilised and then dumping pups in to already stretched refuges. But at least this person brought the dogs in rather than leaving them at the gates or abandoning them in the middle of nowhere. Not before homing a couple of them for free on the internet to “responsible people” however. And one of these supposedly responsible people has already brought their new puppy in to the refuge to be rehomed about one week after taking it on. 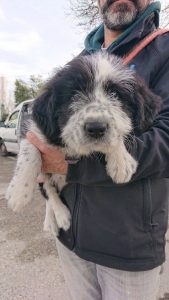 This highlights the risks of rehoming pups on the internet to strangers, and also the risks of taking a puppy on board for free; it is very rare that the former owner will take a dog back. At least a puppy homed via a responsible association will be sterilised, vaccinated and identified. 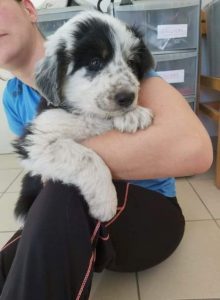 These pups are going to be big when adult and it is worth getting some idea of what awaits you in terms of breed, so if you like the look of these balls of fluff, you’d better be quick, but please do your research first. There are still two pups waiting for homes, I believe. 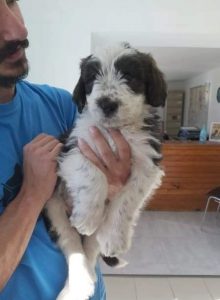 The week’s other leavers were Loustic (who was adopted a couple of weeks ago but brought back almost before having time to wipe his feet on the mat), and DRC favourite Popeye. This lad is the brother of recently adopted Olive, and we are pretty sure is also related to DRC favourites Tom, Tommy. Théa et al.

Popeye has been on our site as a hidden gem, although as of about a week we were wondering whether to promote him to an urgent appeal, as he has been really miserable of late, losing weight and perhaps hope that his time would ever come. But it finally did, and we hope that Popeye turns out to be as wonderful a companion as his brothers and sisters have proved to be. 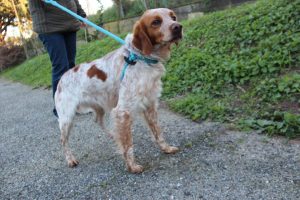 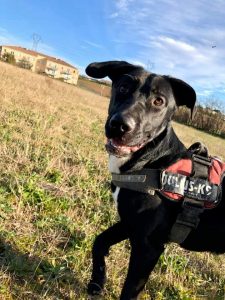