It has been a quieter week in terms of adoptions, which is understandable bearing in mind it is Christmas and there is lots going on in the majority of people’s homes. It is generally understood that this is a bad time to introduce a new dog into the family, but of course there are some people for whom Christmas is the ideal time to adopt; they have time off work and owning a dog is a long-held dream, not just a fickle caprice.

Such was not the case for Gnoky who it turns out had been adopted to be given away as a Christmas present. And an unwanted one at that. He was brought back straight away, much to the ScPA’s disappointment and disgust. However he was rehomed very soon afterwards, and his brother, Osso, found a new home too. So his return was a short one, and we hope that the people who adopted him as a Christmas gift have learned something from this experience…..Especially as when they adopted Gnoky they wanted to adopt his brother too. Talk about poor judgement as far as gift-giving is concerned!

We never stop saying it, but (all together now)….A dog is for life, not just for Christmas! 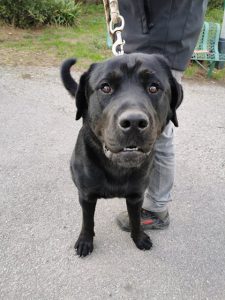 Gnoki was given as a Christmas present and brought back on Boxing day, but was ADOPTED again two days later 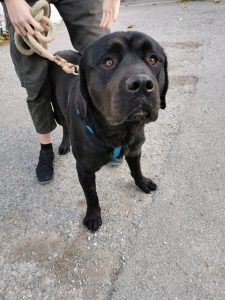 His brother Ossa was ADOPTED too

Other leavers this week were lovely young border collie Pooky (who had been brought in for rehoming),  and pretty little brindle girl Dolly. Neither of these two had been at the refuge for long and it was great that they found new homes so quickly. 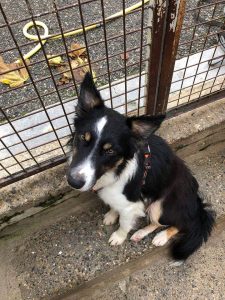 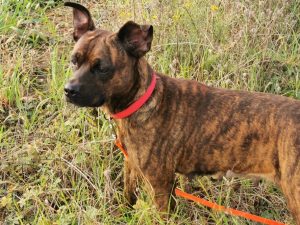 Two long-ish termers were homed, as well. First up was Pegase, a handsome Breton spaniel who arrived way back in July with his sister Muse. As is usually the case, the female left quicker, but Pegase’s long wait is over at last. And just as wonderfully, Sand found a home. He was just a year old when he arrived in August and this can be a difficult age to find a new home. He was, to paraphrase Brittany Spears, “Not a puppy, not yet a dog”. Yes, that in-between age can be tricky. Besides which, in superficial terms Sand looks similar to many other dogs at the refuge, and people kept passing him by. In fact he was due to be the next DRC Hidden Gem, as there was no reason that he should not find a home. And QED, cos this week he left for a wonderful new home! 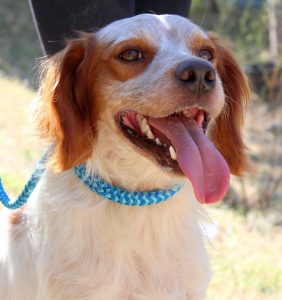 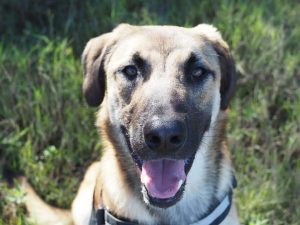 And then today, the last day of the week, there was what was for many the adoption of the week. Noctis had been brought in for rehoming in early August by his family who did not have the time to look after  him. He was only 8 months old at the time, so it looks like getting a puppy was the wrong decision for them, but at least they admitted it relatively quickly and gave Noctis the chance of a new life.

When this young lad arrived at the refuge it was clear that he had seen nothing in his life thus far. He was scared of his own shadow. It has taken a lot of work by staff and volunteers to get him to the stage where he can walk on a lead and enjoy playing in the parks. Okay, Noctis is still afraid of lots of things, but his fears are now manageable and he will make far quicker progress away from the refuge. 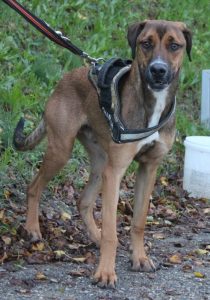 We wish him and the week’s other leavers lots of love and happiness in their new homes.