The wheel of fortune…..

Today a lady drove all the way from Arachon, a round trip of some seven hours, to collect her two dogs from the SPA. There is a lesson here. This lady lived in a nearby village until very recently. When she moved away to nurse her ailing father, she gave away her dogs “free to a good home”. Having spoken to her, it appears that the first of the dogs, Bonnet Red, arrived at the SPA the very day he was given away, and his friend, Chispa, was found in the external boxes on Monday.

The dogs were not identified, (incidentally it is illegal to give away or sell unidentified dogs), so we had no way of contacting the original owner. And no way of knowing that she wanted her dogs. But her daughter saw the dogs on the SPA Facebook page, and an emergency trip to Carcassonne was made!

When she arrived to collect them, she found a third dog, who had supposedly been rehomed earlier. All three have now left and are identified.

How many times do we have to say it, Free to a good home is a bit of a lottery for the dog. These dogs  were lucky that their original came to collect them, but there are doubtless many more “rehomed” dogs in refuges throughout France, with their original owners unaware of their plight.

In other refuge news, we had two new arrivals, another puppy (a black male shepherd cross) and lovely Ginger, who is bound to have an owner, but will they reclaim her before someone else snaps her up? The clock is ticking and Ginger is not identified….

The Free to a Good Home Lottery 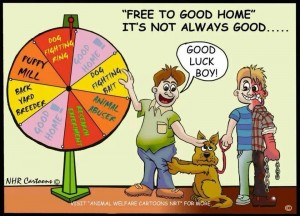 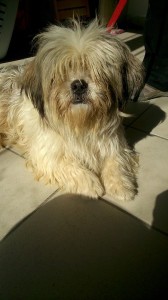