This week we have had 6 adoptions and  a very special lady was reclaimed by her owner.

We will start with my favourite Mike. This young boxer cross was a dog who just made you smile when you looked at him. Like any young boxer he was full of love and playfulness and I am so glad that he has gone to a great forever home. 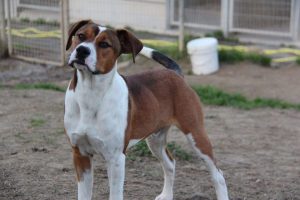 Pollux was our next leaver. Pollux looked like a lab but was about double the size, All this boy wanted was love after his owner died and was one of the cuddliest dogs that I have ever met. I am so glad that he has gone to a loving home where he will have unlimited cuddles and attention. 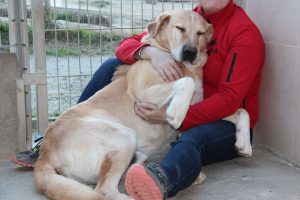 Chipolata was also adopted . When this young girl arrived, there was much discussion over her breed. Maybe a bit of staffie? of beagle? Who knows but it certainly didn’t stop her funding a home despite have a slight hip deformity! 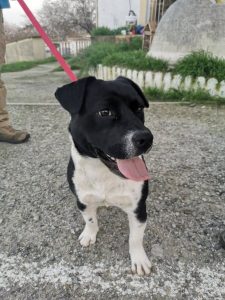 We were all delighted when Patty was adopted. Patty was returned after quite a time in her last home and that was after a two tear wait!  So, when she came back we feared that this would be the case again. Luckily this was be to be and off she went! 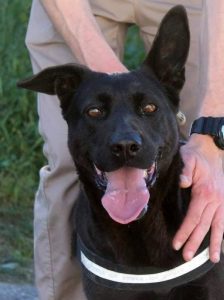 Bonny was the next to be adopted. A lovely friendly burger cross who got on with everyone. He was  a stunning lad, no wonder he was snapped up quickly! 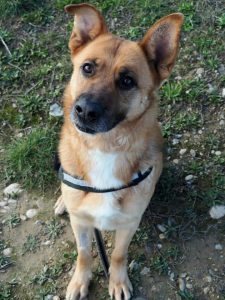 Loustic, a very calm and gentle Brittany spaniel was also adopted. Its so nice when dogs like Loustic don’t have a long wait and as we have lots of Brittanys who pass through our doors he’s a lucky lad! 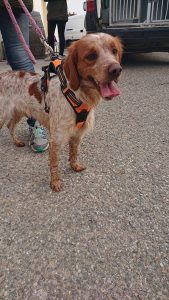 Now the best story of the week is that of 15 year old Tinka. She arrived a few months ago and went into long term foster with Sally and Darren. Imagine our surprise when her owner turned up on Friday looking for her. He had spilt up with his wife who had kept but lost Tinka. As soon as he heard this he came in and was delighted that he could be reunited with his girl. I bet Tinka was also just as delighted! 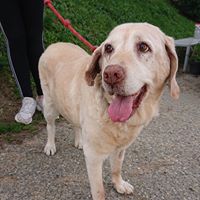