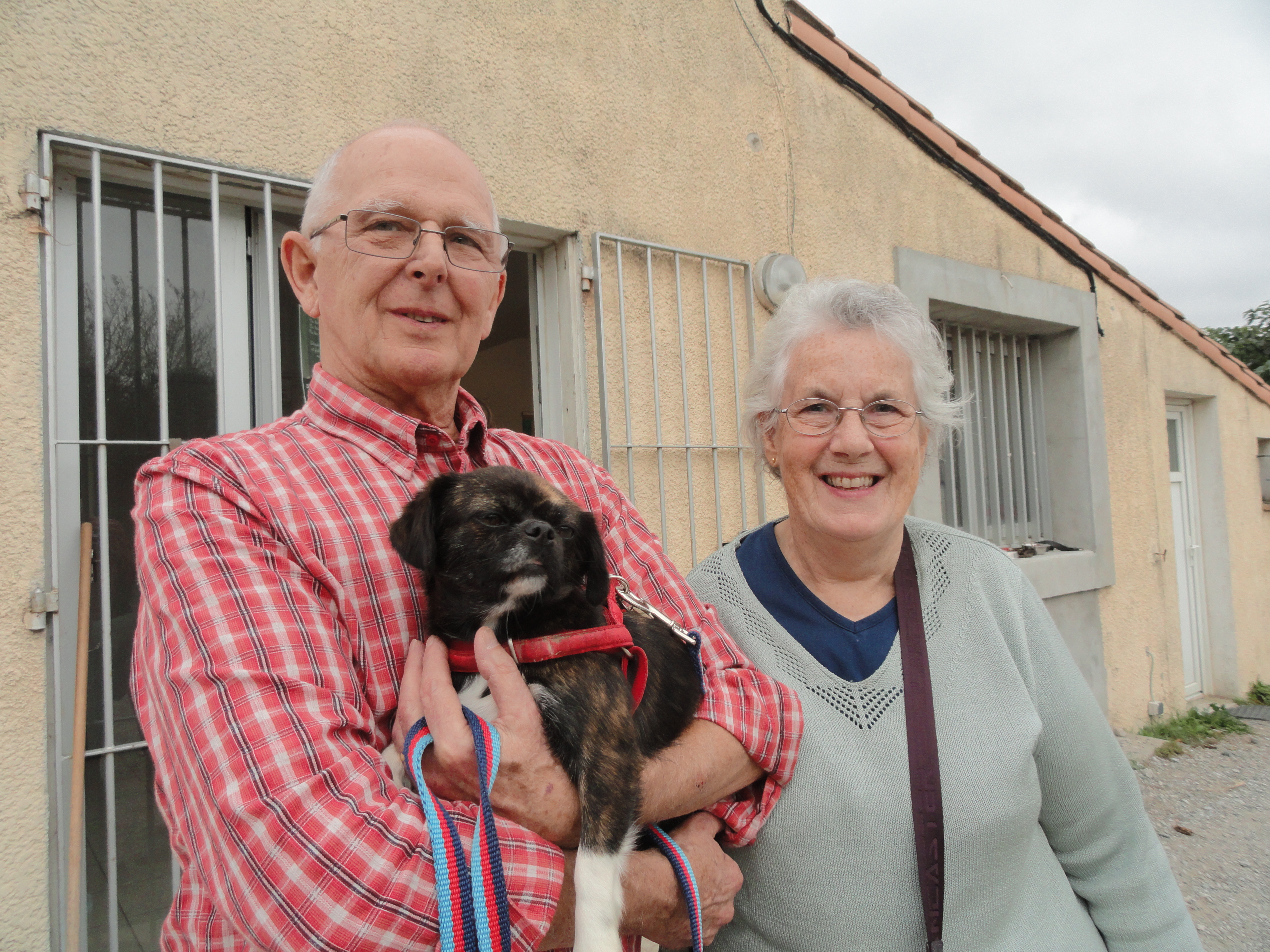 Today I left the refuge with a smile on my face, which isn’t always the case. No, it isn’t because I am off to England for the weekend; I will miss the dogs and assuming wifi has reached Swindon,  I will be following news on Facebook while Moira takes the helm again.

No, today it was because today two fabulous adoptions took place, plus a dog who had arrived this morning found his owner, and there were no fewer than three reservations.

In terms of adoptees, first to leave was one of the Magic Roundabout puppies, also known as the British Litter. These lab/spaniel crosses of 10 weeks have been in foster with Lisa and Andrew, as they arrived very young and with ringworm, so the refuge would not have been a good environment for them. Today was the first time I had seen them in the flesh, and they are just beautiful. The only female, Flo has a lovely new family, and we have already received news and photos of her in her new home. Her brothers, Dylan and Dougal are still looking for homes, though, so if you like the look of Flo, there are two more just like her just waiting!

Second to leave was Mousline, now Molly. No one noticed this little girl for 3 whole weeks, then a couple made a long journey on Monday from Tarn et Garonne and returned again today to collect their little girl post sterilisation. Thanks to them and also to Doglinks, who found this monkey/cat/dog cross a home. Actually she is a petit brabancon and is gorgeous!

I spent much of the day matchmaking between dogs with the help of Sabrina and Melissa, as a couple wanted to adopt two to go with their elderly female. It took a while, but I am delighted with the outcome, as I am sure they will be when both dogs have been “done” and leave the refuge. Satisfying indeed.

And it being school holidays, there were quite a few volunteers walking at the refuge, so there are some tired and happy dogs tonight.

Yesterday I failed to mention the adoption of Megan. The reason for this is that I had known for several weeks that she was going to stay with her foster family, and it has just been a question of sorting out paperwork. Apparently this has been done, so Megan has now officially left the refuge, even though she never spent a single night at the SPA other than on paper!

Some of you may remember this girl, who arrived at the end of April after what appeared to have been an attack with a staple gun. Luckily one of our volunteers was at hand to take this terrified dog home to recuperate, and the love affair began. The husband had never wanted a dog, but Megan knew how to win his heart. Clever girl, Megan.

I am sure you will agree from the photos that this once-terrified dog has undergone quite a transformation!

Now you know why, like Megan, I have a smile on my face!
Flo finds a home 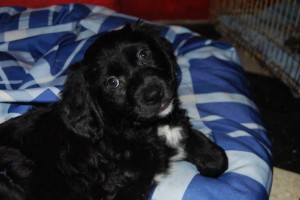 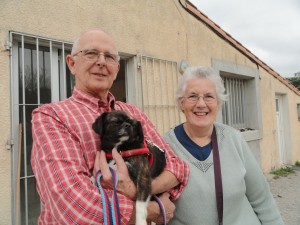 Megan when she arrived at the end of April 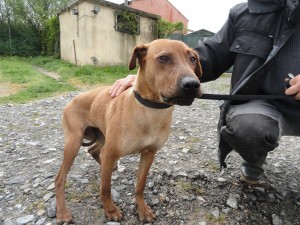 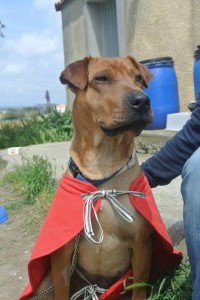