There were three great adoptions at the SPA today, and as only one of them was already planned, it was a good afternoon.

First to leave was Robbie. He has only just turned a year old, and had been at the SPA for over six months! You see what can happen to the not-quite pups who arrive at the refuge? They can just get left behind until as happened today, the right person comes along. We are really happy for Robbie, who arrived already identified as a dalmatian cross, strangely enough!

Next to leave was little Milo. Yes, Milo who was abandoned just a week ago. His new family have been well-warned about his chewing and are prepared to see him through his anxiety. But for the moment never leaving him alone seems the easiest solution!

The day’s planned adoption was that of Kouban, who arrived recently but was quite a head turner at the open weekend. He couldn’t leave before for vet related reasons (she says, delicately), but today he was ready.

And to top it all off, Morgane’s results came back from the lab; the tumour that was removed was not cancerous, so her family finalised her adoption today. Had she needed further treatment they would have kept her in foster, but they, like we, are delighted that she is properly theirs!

With lots of sunshine and lots of volunteers out walking, it was a very enjoyable way to end the week! 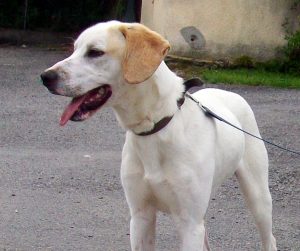 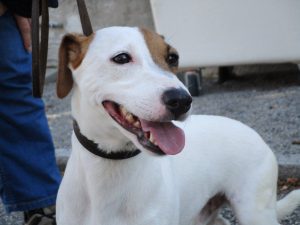 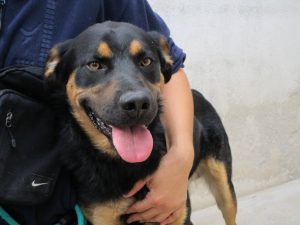 And Morgane (now Myrtille) pays a visit to tell us the good news! 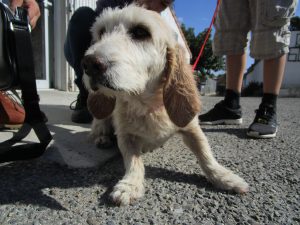 2016-10-08
Darcey Dyson
Previous: Saba and Duckette are adopted
Next: Pictures of Lily (and Faro and Bean)