Three more in the warm

Well, as promised Fidji left for her new home today, and we are sure that her night alone will soon be forgotten. Her new family have had plenty of time to prepare for the arrival of the newly renamed Maggie, and this is very sensible. Yes, there are certain practical considerations to adopting a puppy; not only the obvious (lead, collar/harness, dishes, what food to give etc), but also preparations to make around the house to make sure puppy cannot get into too much trouble! Perhaps less so here in France, where everyone has tiled floors! 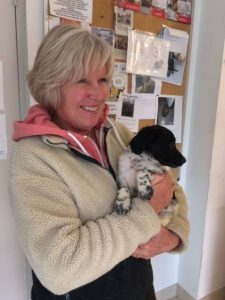 We look forward to photos and news of Maggie as she grows up, and we thanks all the other adopters of pups (and adult dogs too) who have been sending us pictures of their dogs in their new homes.

There were two more adoptions today, of two dogs who arrived together, in fact.

Husky cross Tetsu and his pal arrived ten days ago, already identified but their owners could not be reached by telephone. They did get in touch on Saturday to say that they would collect their dogs on Monday. However on Monday they phoned to say they would not be collecting them. As we already had several people interested in adopting the dogs and the pound delay had ended, there seemed no point in waiting to see if the owners changed their minds again.

Tetsu is a lovely looking dog, hence all the interest in him, but he is not the easiest of dogs. He is very unhappy with being on a lead and will need educating. However his new family have promised to take him to dog school and we have everything crossed that Tetsu adapts quickly to his new life. 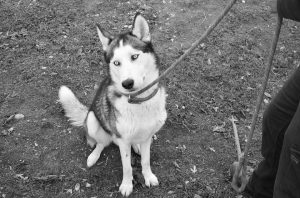 His pal, a coton de tulier, who arrived identified but nameless, and whom we imaginatively called “Cotton” was in a poor state ten days ago, with matted dirty fur. However Angelique got to work and he has turned out to be just as handsome as his husky pal. He too left today and as you can see, is looking rather pleased with his change in fortunes! 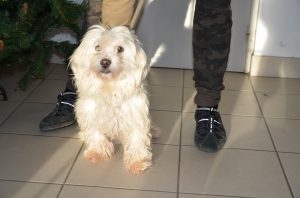 So three dogs embark on their new lives today. Let’s see what tomorrow will bring!