Today was a really good day at the SPA. We had three adoptions, two of which were dogs whose first adoptions had failed but who were very lucky that they did not have long to wait for their forever family to come along. Its really no wonder as both are young, beautiful dogs who have a great future ahead of them.

First to leave was puppy Gadget, an adorable 5 month old Jack Russel cross who arrived two months ago after being involved in an accident.  Puppy bones take time to heal and Gadget had to have two months of cage rest followed by gentle exercise. He is now a happy, wriggly, adorable pup who left today to live with two other doggies. It’s going to be fun and games in that household tonight and we will have news of how he is doing soon!

Next to leave was Aska a fabulous seven month old German Shepherd pup. She arrived at the end of January and was adopted a few weeks ago. This adoption didn’t work out but we learnt more about her and today she left with her new family.

The third dog to leave was Pogo. He arrived in December, was adopted in January but came back to the refuge on Tuesday.  Poor Pogo was a timid boy and just couldn’t settle in a busy household with 4 young children. Today he has left and the new owners are aware that he needs time to regain his confidence in a quieter environment.

When a dog arrives into refuge and is adopted quickly we really don’t get the chance to fully assess them. There is a 3-4 week period before the dog is fully vaccinated before we can get them out and about and get to know them. Until we get them out walking we don’t really know how they react to other dogs, traffic, children and how they behave on the lead. All of these things can make or break an adoption and that’s why we really like getting get to know a dog.

Failed adoptions are always seen as opportunities for us to get it better next time and allow us to match the dog to the perfect forever family.

Lets hope that todays adoptions are the start of a great weekend. Don’t forget that this Sunday, being the first in the month, we are open from 2-6pm.

Puppy Gadget is off at last…. 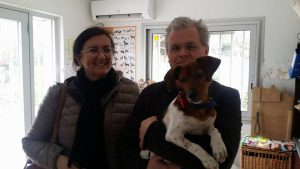 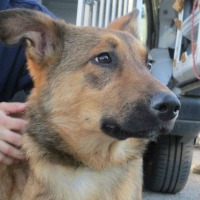 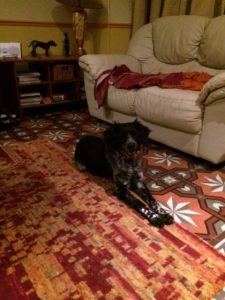