Despite the intense heat, adopters were still out and about today! Three very lucky dogs were adopted and one was reclaimed by his owners.

First to leave was Kenzo, a beautiful young golden retriever who was abandoned at the refuge when he had just turned 1. He was extremely thin so he went to foster where he proved to be a great family pet. He was fine with cats, children and other dogs, so was quickly adopted. Despite a home visit, the family turned out to be far from ideal, and in fact about a month later they were unable to keep him for financial reasons and an upcoming divorce. Kenzo went back into foster and today left with his forever family who will really appreciate this lovely young chap! Thank you to Aude and Carole for fostering this lovely chap and for giving him the love and care that he really needed.

Next to leave was Carl, a stunning German Shepherd who was admired by everyone that met him. He arrived having been found at the end of May and has now just turned 1 year old. For a young male shepherd, he is a dream, no jumping up, no pulling on the lead and he’s ok with cat’s! He was spotted on the facebook page by a super family who travelled over from Pau to meet him,so off he went to an experienced home where he will have the company of other dogs too!

Next to leave was Matahari, the really cute spaniel cross pup who was in foster with Estelle. This lovely girl was found straying and taken to a local vet who contacted us. Luckily for Matahari, Estelle stepped in as a foster mum and she didn’t have to endure refuge life. When a pup goes into foster we really get to know all about them and she proved to be a delightful little girl who was clean in the house and very sociable. Many thanks to Estelle for opening her heart and home to this little pup!

The fourth dog to leave was Dreyfus ( ex Omega) ‘s double. Luckily for him his owners were looking for him and he didn’t have too long a wait in kennels.

So four less dogs tonight for the SPA but two foster families who will be feeling delighted that their doggies have found their forever families but sad too, as its impossible not to fall in love with such super dogs! 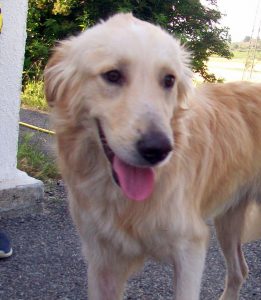 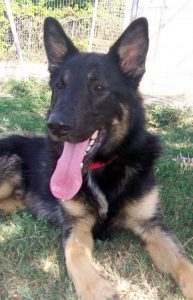 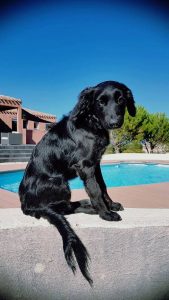 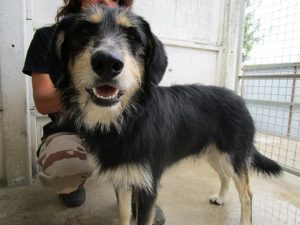 2016-08-27
Moira
Previous: Flash leaves for Belgium…
Next: Vaccinations and immunity…