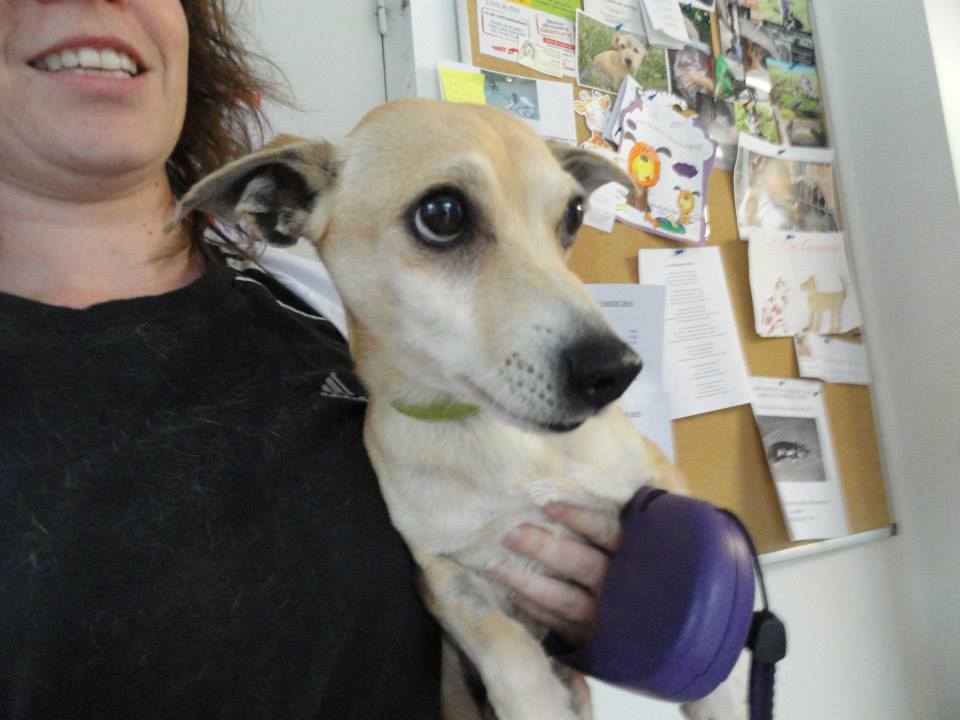 We are always pleased when the week starts off positively and so were delighted when tiny Titus was adopted today. He was brought to the refuge with another small,l younger female who looked remarkably like him, probably his daughter, but she was adopted very quickly leaving Titus alone. Titus was a lovely, friendly little chap but was limping due to a twisted Achilles tendon. A minor operation sorted this and of course we took that advantage of the anesthetic and had him castrated at the same time. He recovered quickly and today he left with his new mum, not a care in the world!

When you are thinking about adopting a dog its very important to consider your lifestyle and there is no denying that there are several advantages of adopting a small breed dog. Lots of people like the fact that you can take them almost anywhere and more and more stores and restaurants are allowing dogs to come inside, particularly if they’re small in size. I often see small dogs in trolleys in the supermarket and I certainly couldn’t pop either of my Labradors into one of these! It’s a fact that small dogs tend to form close bonds with their owners, possibly because their small size allows them to follow their owner almost everywhere.

Many apartment complexes have regulations specifying the size dog you can have. If your dog is Tinkerbell size, he may be allowed whereas a bigger dog would not. In general,small dogs require less food which can be a cost savings to you. Plus, if you need to take them to a kennel or have them groomed, it generally will cost less than it would for a larger dog. Small dogs tend to be less threatening to other pets you may have in your house. If you happen to already have a cat, a small dog isn’t going to strike as much fear in your cat’s heart as a German Shepherd would. Don’t underestimate them though. Small dogs can sometimes be quite feisty and need the same sensible rules and training that larger dogs do.

Health wise,smaller dogs tend to have fewer issues than larger dogs and certainly have a much longer life expectancy so Titus at 7 years old is a mere puppy compared to a 7 year old Newfoundland.  So goodbye Titus we wish you a long and happy life! 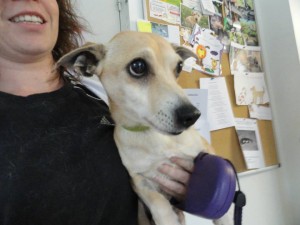