The week took a while to get going in terms of adoptions, but we have two to tell you about today.

Little puppy Bruno has had a tough start in life, arriving at the refuge with an injury to his leg. This meant a plaster cast and relative immobility for him, but little Bruno seemed to take everything in his stride, as it were. He is a fabulous lad and as his new family realised, a hunt dog is only a hunt dog if he is taken out to hunt. Otherwise he is just a dog with extra long ears and a powerful nose, but a wonderful family pet!

Have a lovely life, little lad, you deserve it. 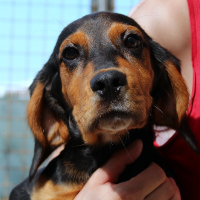 Second to leave was Léo. This dog arrived at the end of June, and as he was identified there was every chance that the refuge would be able to contact his owner. And despite the fact that the phone was never answered, the owner did come to the refuge to confirm that Léo and the dog who arrived with him, Maurice, were his dogs. But then he left without them and there has been no news since.

This is bizarre in itself, but more so when you bear in mind that Léo is superbly well behaved. He is obedient and doesn’t pull on the lead. It is hardly surprising that he caught the eye of a new owner. She could hardly believe her luck and was on cloud nine as she left with her new pal today. 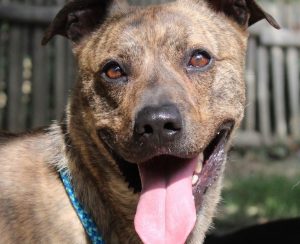 We also have some sad news. Late on Monday evening, Papy Filou passed away. This very elderly spaniel cross arrived at the refuge in mid July in very poor condition. He had a number of health issues and has been living in the office area and taking short and gentle walks around the area. The only thing he would eat was minced beef and other fresh meat, and an appeal was made on Facebook. Needless to say our supporters came up trumps, and Filou did not go hungry. Thanks to everyone, as ever.

Sadly no amount of love and vet treatment was enough to turn things around for this lovely old boy. On Monday volunteer Marie offered to take him home so he could experience some home comforts before his time came. However he went quickly downhill and was taken to the vets later that night, where he was held in the arms of Marie and Philippine as he gently slipped away.

Many thanks to them and to everyone who loves and cares for all the animals at the refuge. It is sad that some of the dogs and cats do not find homes in time, but maybe they do….For some of them the ScPA is probably the best home they have ever had, and they definitely know that they are loved. 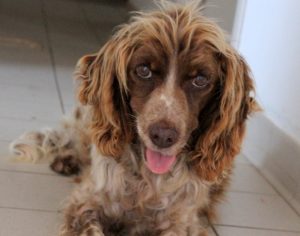 Let’s hope tomorrow’s news is nothing but positive!