Home / Latest News / Two adoptions and the ScPA has PUPPIES

Two adoptions and the ScPA has PUPPIES

We had two more adoptions today to further brighten the mood.

First to leave was Canon. I love this dog. He arrived at the refuge at the beginning of November, only to be diagnosed with ringworm. And we know what this means….isolation until the infection has been dealt with; this is not something you want to spread around a busy refuge. Or anywhere else, for that matter. As ever the staff did a fabulous job, but Canon was not happy at being alone. As soon as he was better he was mixed with another dog, and his life improved enormously.

Being black, Canon (which means “Stunner”) could have had a long wait. If his colour didn’t put people off, his slightly long ears might have. Long eared dogs have a bad rep! Many of them are not at all keen on hunting and can be as much couch potato material as other dogs.

But as we always say, it only takes one family to fall for a dog, as long as it is the right family. And it looks like Canon has hit the jackpot. He left the ScPA today with a wonderful life ahead of him. 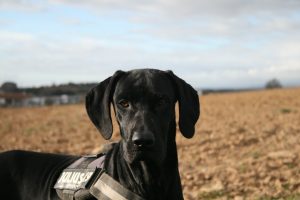 We are delighted too at the departure of Gimli. He has been adopted before, but sadly he was returned as the family’s young child found Gimli to be a bit too energetic. When choosing a puppy it is important to consider the fact that puppies want to play a lot, and until they know better can use their teeth to explore. It is never done with malice, but that doesn’t mean it doesn’t hurt, and of course small children can be a bit overwhelmed. Some puppies are calmer than others. Gimli is one of the others!

Luckily for him he hasn’t waited too long for his new home, and we hope he will know nothing but happiness from now on. 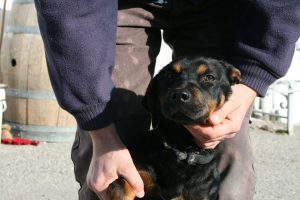 On the subject of puppies, Facebook followers may have seen that we have more pups, the “Famous Five litter”. These setter pups are going to be popular, no doubt about it! Here is Annie…and there are four more like her! 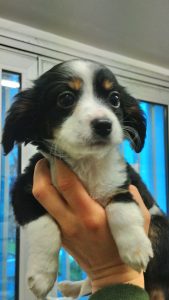 Annie – one of 5 new puppy arrivals