Despite the horrendous weather the refuge did have some visitors and two dogs found new homes.

First to leave was Piglet. His French name was Marcassin, which is a baby wild pig. But his English name was Piglet, as with that name we were sure he would be snapped up. Sure enough a British couple came to adopt him today! It is all in the name, sometimes!

The other lucky dog was Farou, who had been with us since early September. Always a favourite with the volunteers, Farou was also popular with other dogs, as he is just so laid back and easy to get on with. One lady, Andrea, who walked him whilst on a visit from her native Canada, gave him such a glowing reference that I was sure he would be adopted immediately. However it took a bit longer for him to find his new family. He left today with a small jack Russell as his new pal.

Of the five dogs who arrived, three are micro-chipped and we expect them all to leave early next week, all things being equal. Of the other two one was a pre-planned abandon (due to illness) and the other was found and brought to the refuge this morning. Prepare for pictures of Cannelle and Simpson once I have tracked down my camera, which seems to have gone AWOL.

Thanks as ever to everyone who showed up today. After all, what is a bit of mud between friends! 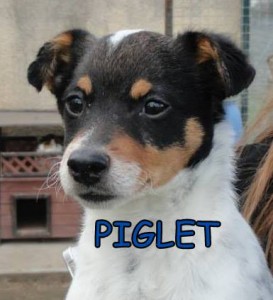 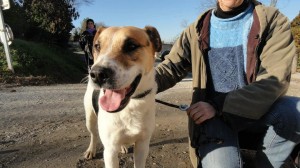