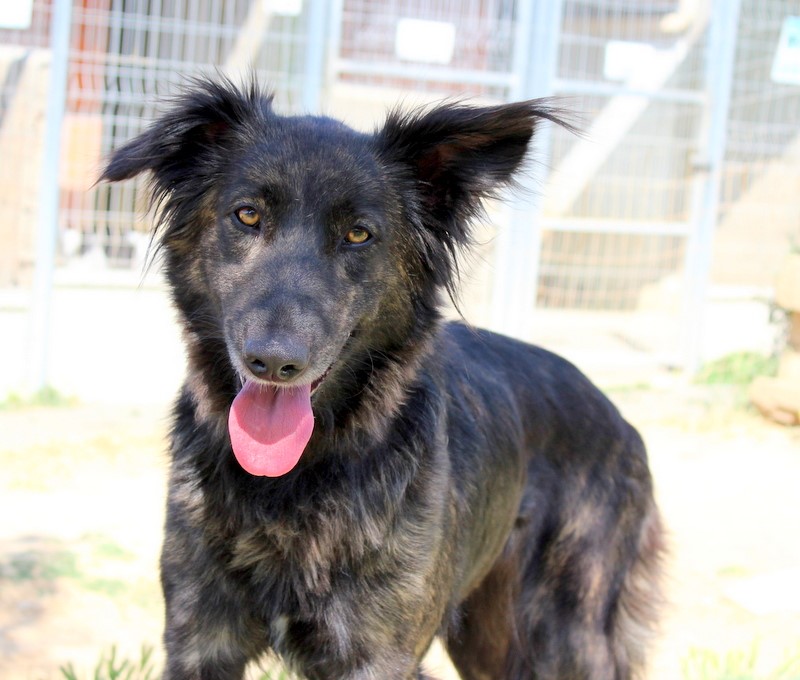 Two more adoptions took place today both  of dogs who were brought in by their families for rehoming, meaning that the ScPA already had lots of details about them and their behaviour.

The first of them, Pompom, had been adopted from the refuge before, but was brought back some three weeks ago by his family who could not cope with the jealousy he demonstrated towards the two other dogs in his family. They had been warned of this, of course, but thought it would be manageable. It was not. Now, however, Pompom has a family with no other animals, where he can rule the roost. We are sure he will be very happy, he is a great little chap, really affectionate with people, just not good at sharing!

The other adoptee is Nela, a magnificent shepherd cross who, like Pompom, was brought in by her family who could no longer keep her. They told us that she is fine with dogs, cats and children, and with a CV like that it is not surprising that her time at the refuge has been thankfully brief. We are hoping that her time behind bars is soon forgotten as this lovely girl restarts her new life.

It looks like people might have heeded the numerous warnings about firework displays this year, as for once the ScPA has not seen an influx of lost and terrified animals. So, along with two great reservations, that is more good news for today!