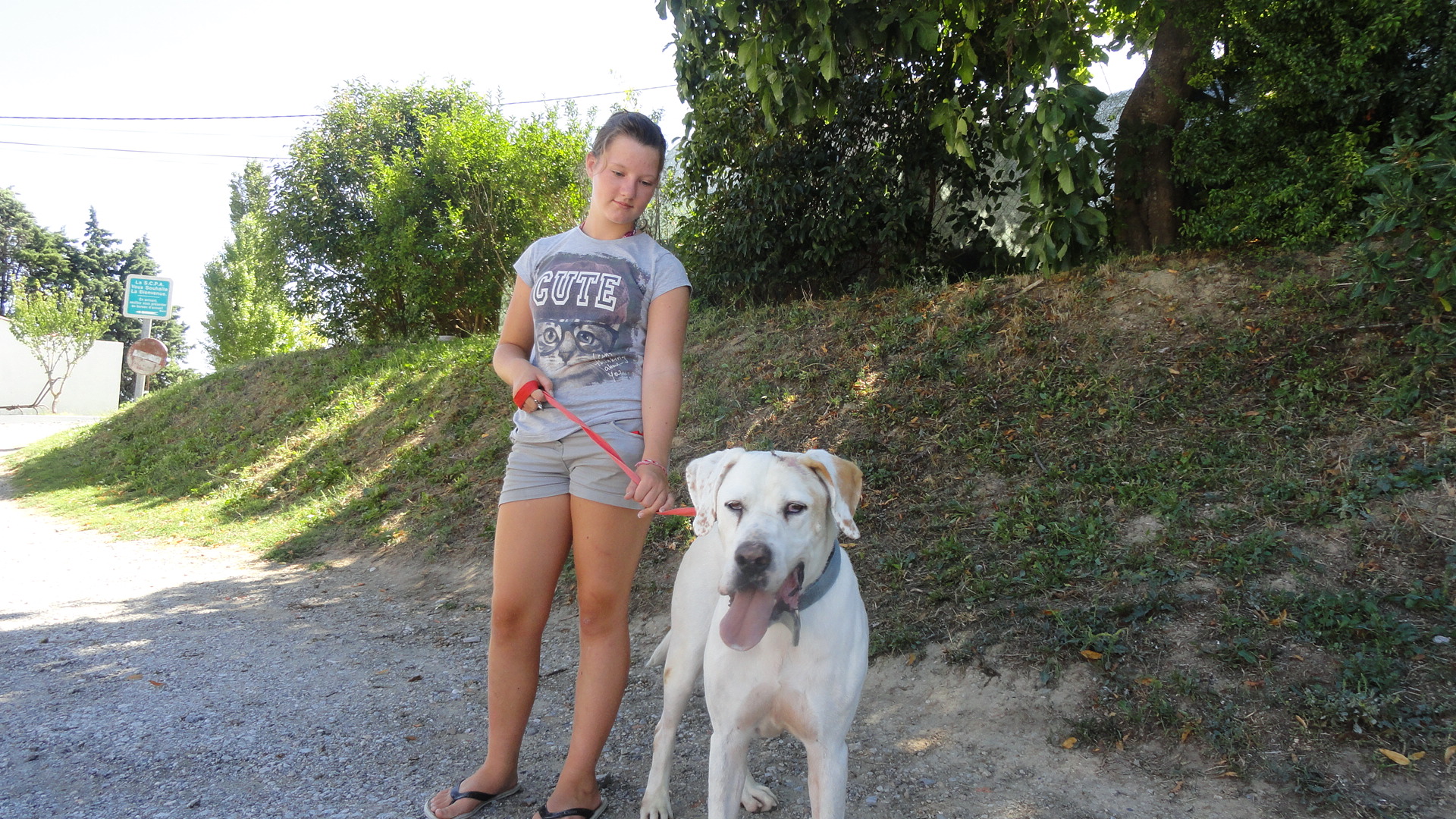 As with yesterday’s mass arrival of felines, today’s first arrival happened before the refuge was even open. A puppy this time, a pale coloured female shepherd cross who has been named Mirza. We are always in two minds when female pups arrive at the SPA. On the one hand it is tragic for them, but on the other hand at least if they leave under a contract of adoption from the SPA, at least we know they will be sterilised. Only in this way can this ridiculous and eternal cycle of unwanted dog (and cats) be broken.

Mirza has gone off to be fostered with employee Fabrice (thank you!) but I have a feeling she will find a home pretty quickly. Of course we have other pups who are still waiting for homes too, all of them desperate to have a normal, family life.

On the subject of pups, today saw the return of Karadoc, who had been adopted on Saturday. Apparently the son is allergic to dogs. To cynics, this allergy thing seems to be the equivalent of a no fault divorce. It is not our fault, but of course it cannot be the puppies fault, because everyone knows what puppies are like before they adopt them; no one just falls in love with their cuteness….

Karadoc went straight back in with his two sisters, Aelis and Demetra, and probably said “hey, this being homed lark is not all it is cracked up to be!”

Next came the best adoption of the day. Okay, there was only one adoption, but even had there been several, this would probably have won. Remember Rex, the German Shepherd who was adopted recently? Well his new onwers have friends, also Belgians, who were staying on the same campsite in Carcassonne. They were told how great the SPA is by Rex’s delighted owners, and along they came today to see our dogs.

They left with a very happy Blanco, a dog who was abandoned in January at the age of 6 because his owner “had no time for him”. Blanco was supposedly no good with other dogs, except that at the SPA he became mentor to several of the more timid arrivals, and turned out to be a lovely, well-balanced male.

His big chance came today, and he seized it with both hands, charming his new master, who claimed that “dogs never like him”. Well Blanco did, and is now on his way to Belgium! Wonder how he and Rex will get on!

So two puppies in, but one big boy out. Not bad for a Thursday, and that is without mentioning all dogs who had walks today thanks to the usual crew of volunteers! 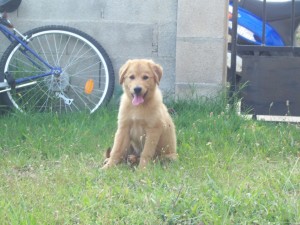 Karadoc – What am I doing back here? 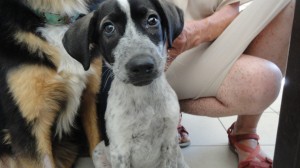 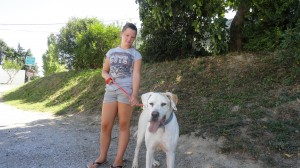