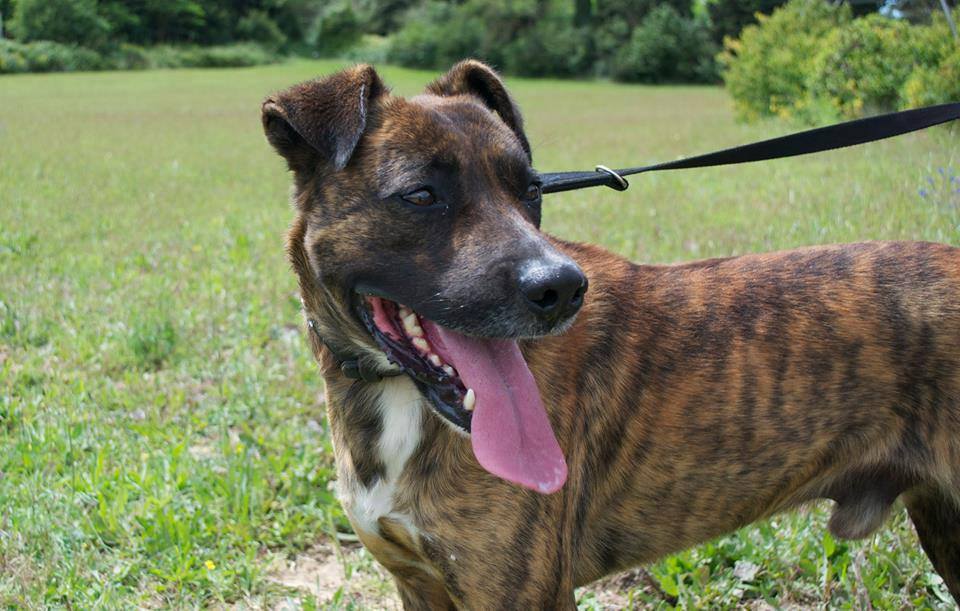 Well, today did not turn out to be a day of mass adoptions as I had hoped, but two dogs, both puppies, are now with their new families, which has got to be good. Plus the weather was great, so lots of dogs had a chance of a walk in the sunshine or a play in the park.

On the adoption front, the “Camelot litter” have only just been moved from the infirmary, where they have been since their arrival, to the outside kennels. They have had their second vaccination now, so are no longer at risk. And being outside, of course, they are far more visible to visitors. Both Karadoc and Guenievre left today; let’s hope it is not just the “cute factor” that has resulted in their adoptions; remember, even the cutest of pups turns into an adult dog, and we want these pups to be homed well and for ever.

One dog who is not having the best of luck on that front is Taser, who returned for the second time today. This lovely dog risks being stigmatised as being unhomeable, as he has had two failed adoptions in as many months. If you remember the first time he was brought back for “failure to integrate with the cats” after a whole 24 hours. This time it was due to marital breakdown. So it will be third time lucky for this dog, who is really just a victim in the whole scheme of things.

We had another arrival today. And just a bit of advice. If you find a dog and keep it for a week without telling anyone or even taking it to the vet to see if it identified, then you are not being fair on either the dog or his owners, who may well be searching high and low for their missing pet. Furthermore, if you do then decide to bring the dog to the SPA, please do not do so at 17H55. We shut at 18H00, and admitting a dog is not just a case of leaving it. There are forms to be filled in, the staff have to find a place for the dog. Have some respect for others please.

Not that the guilty party will read this or even admit that they have done wrong, but sometimes it feels good to let off steam.

So another Saturday is over, and numbers remain the same; two out and two in. Oh, and I promised you a photo of yesterday’s arrival, Springbock. No sign of his owners yet…
Guinievre – ADOPTED 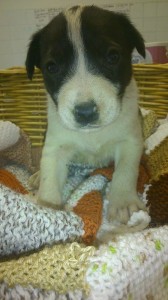 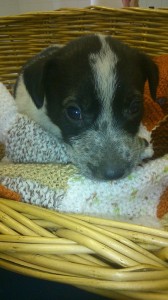 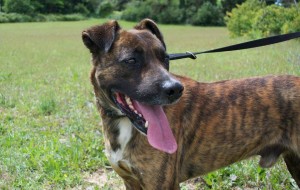 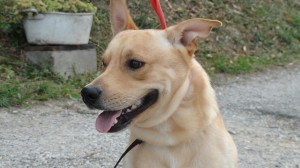 And Springbock, who arrived yesterday 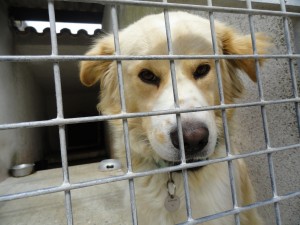