Today Dog Rescue Carcassonne celebrates its second birthday. We officially became an association on July 1st 2014, although Moira and I were both SPA volunteers well before that.

This got us thinking about the dogs who were already at the SPA when DRC came into being, and to highlight a few of them.

Believe it or not there are twelve dogs who fall into this category. One of these long-termers (or so-called”oldies”, as English does not have an equivalent of the French word “ancien”), Tiger, is in foster with volunteers Alizée and Erwan. Scotch has diabetes and is the SPA mascot (so not for rehoming), and in a week or so another of our  oldies is leaving for his new home, too. So for argument’s sake let’s say that the correct number is nine.

Two of the eight, Glamour and Connard, are so-called “dangerous dogs” and require their new owners to pass certain criteria. This is the only thing that blocks their adoption, apart from the fact that they are not great with other dogs. In fact although this is not true of all the dogs, that is the factor that perhaps most determines a dog’s adoptability. However as we have seen with recently adopted Firmin, this can all change outside the confines of the SPA.

Others are just unlucky. A bit nondescript, perhaps, or too old for any but the most generous of adopters. And I don’t mean financially generous, necessarily (as we do allow our oldies to go to foster families). Despite our “senior tariff”, there is still a heavy emotional cost to adopting an old dog.

One thing that they all have in common, without exception, is that none of them are to blame for the fact that they are at the SPA. That falls to their former owners, ie to us humans.

When people arrive at the SPA with the intention of “saving” a dog our hearts soar. Yes, adopting any dog is wonderful, but please consider adopting one of the long-termers. Two years is just too long, and some of the nine have been there for even longer than that.

Although he is not one of the VERY long-termers, tomorrow morning in the wee small hours one lucky dog will be leaving, so you can read all about that in tomorrow evening’s blog! 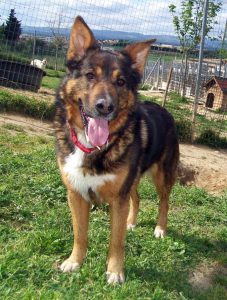 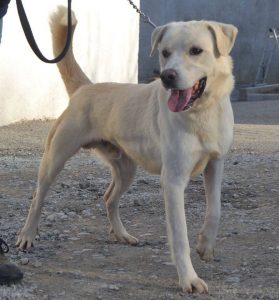 Connord – eight and a half years old. Arrival at the SPA June 2013 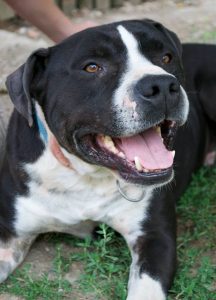