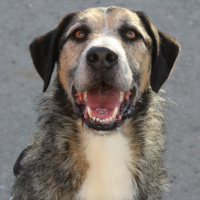 I am just putting Vegas on the site now, as we have had a bit of a check up and realised that there were several dogs missing. In Vegas’s case, this is because he was adopted and returned several weeks later, but had already been deleted from the website. Vegas a fabulous griffon-y coated dog, quite large and imposing, but very gentle and good on the lead. He is fine with other dogs, but does not like being left alone, and this is why he was brought back. While his owners were at work he did what we can best describe as a bit of interior decorating. So a family who is at home a lot is needed for this lovely boy. Vegas was born in January 2013 and is more than ready for a new home, having been at the refuge since November 2017. 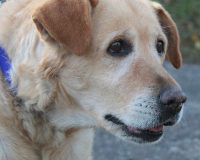 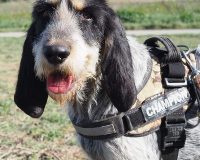 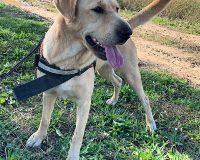