Victory for the SPA means freedom for Kitty!

We were blessed today, with the rain only starting after the SPA shut, so we had a lovely sunny day. We had a new arrival, but two reservations, so it was not too bad.

The new arrival was that of an elderly poodle cross who was found wandering near to Geant Cite 2. Looking at the state of him we are not sure if we want to find his owners or not, but in any case we have not been able to decipher his tattoo, so unless they are looking for him, he will be in need of a new home.

Thank you to the lovely people who brought us plants and compost, and Eeyore was good as his word and we know have some lovely donkey dung, with more on the way.

The really big news today concerns Kitty, originally named Princess. Some of you may remember this tiny dog who was brought to the refuge in June 2013 in an appalling state. You may recall that her owner took us to court to force us to return the dog, despite the years of neglect she had suffered. We were mystified as to why someone should treat a dog in this way whilst at the same time insisting that the dog was HERS and that she had every right to keep it.

The court case has dragged on and on, since the month of October, in fact. The owner’s lawyer requested delay after delay, despite the fact that the case was classed as “urgent”, a status apparently usually only given to cases where there is fear that a child will be abducted and taken abroad. Still, I do not pretend to understand the French legal system. All I know is that a dog who arrives at the refuge barely able to walk due to lack of grooming and with a tooth so infected that it has caused an abscess of the eye deserves better.

Today we received word that although the owner has the right to appeal, we have won the case. Kitty does not have to return to her previous owner. This may seem like no big deal to many readers, however it is hugely important. It is only the second time the SPA de Carcassonne has won a case like this, and we are all over the moon. Not just for Kitty, either, we hope that perhaps the tide is turning in favour of animals.

To the people who supported us and gave witness statements in our favour, thank you. A huge thank you to Melanie who has been looking after Kitty for ten months now, and under whose care this little dog has blossomed. Thanks to Anne- Marie who dealt with the legal side of things. No thanks to the press who gave far more sympathy to Kitty’s owner than she deserved. Perhaps you would like to cover the story again now?

Dogs are NOT pieces of furniture, you cannot treat them as you wish. This ruling is a big victory for the SPA and for animal rights.

Some lovely plants ready for Thursday 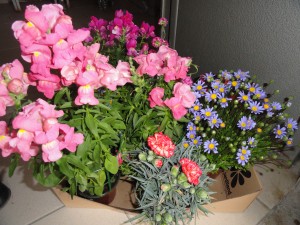 In case you were wondering, this is what donkey poo looks like 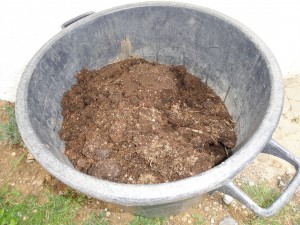 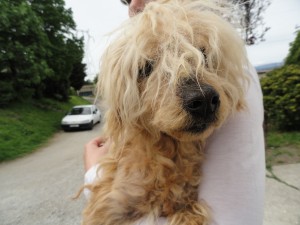 Kitty when she arrived 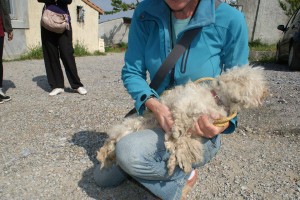 And  her infected eye 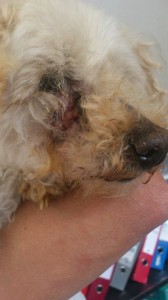 Kitty today, thanks to Melanie. Sometimes the law isn’t an ass! 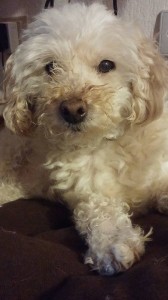