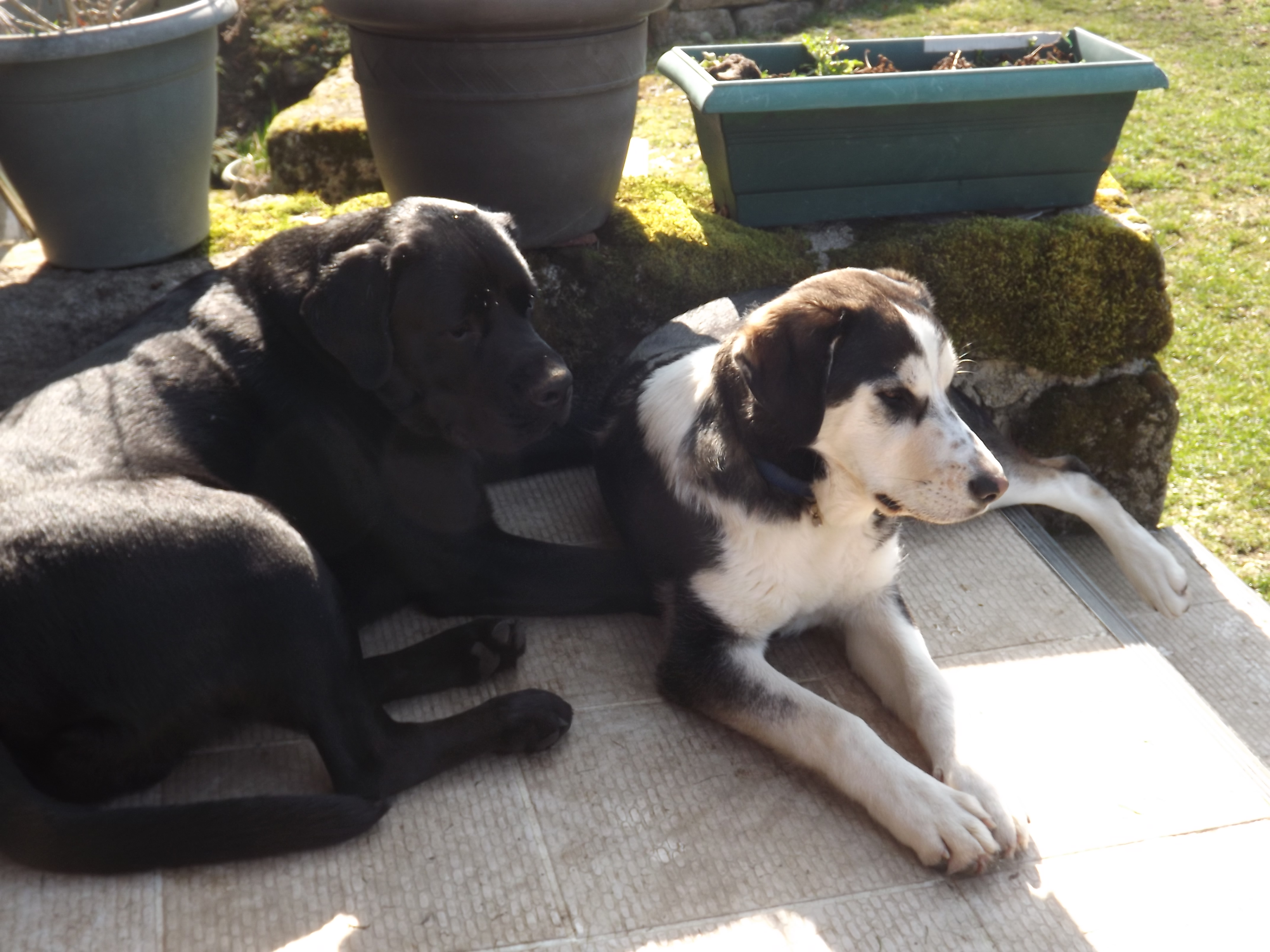 Yoshi is doing really well, he has grown quite a bit he now 50 kilo`s and really well muscled he is like small tank.

Because of his size and weight, he also has an undercut to bottom jaw I am now convinced that he is actually a cane corso. He is very good natured and gets on with other dogs, he has had his first trip to the UK last Xmas and met a lot different other dogs, unfortunately I couldn’t let him off the lead as my house is on the edge of a built up area, he does get very exited meeting other dogs and can be quite a handful jumping around and wanting to play. He is extremely playful dog, but he is also very cuddly he likes to get on my lap sometimes after breakfast and sometimes of an evening and goes to sleep.

He now has a girlfriend, another rescue dog from Spain. She has been with me since March and has settled in well, and is good playmate for Yoshi, play fighting and chasing around the garden, they both love toys and share them most of the time.

I`ve added some photos as you will see he is much bigger now than when you last saw him.