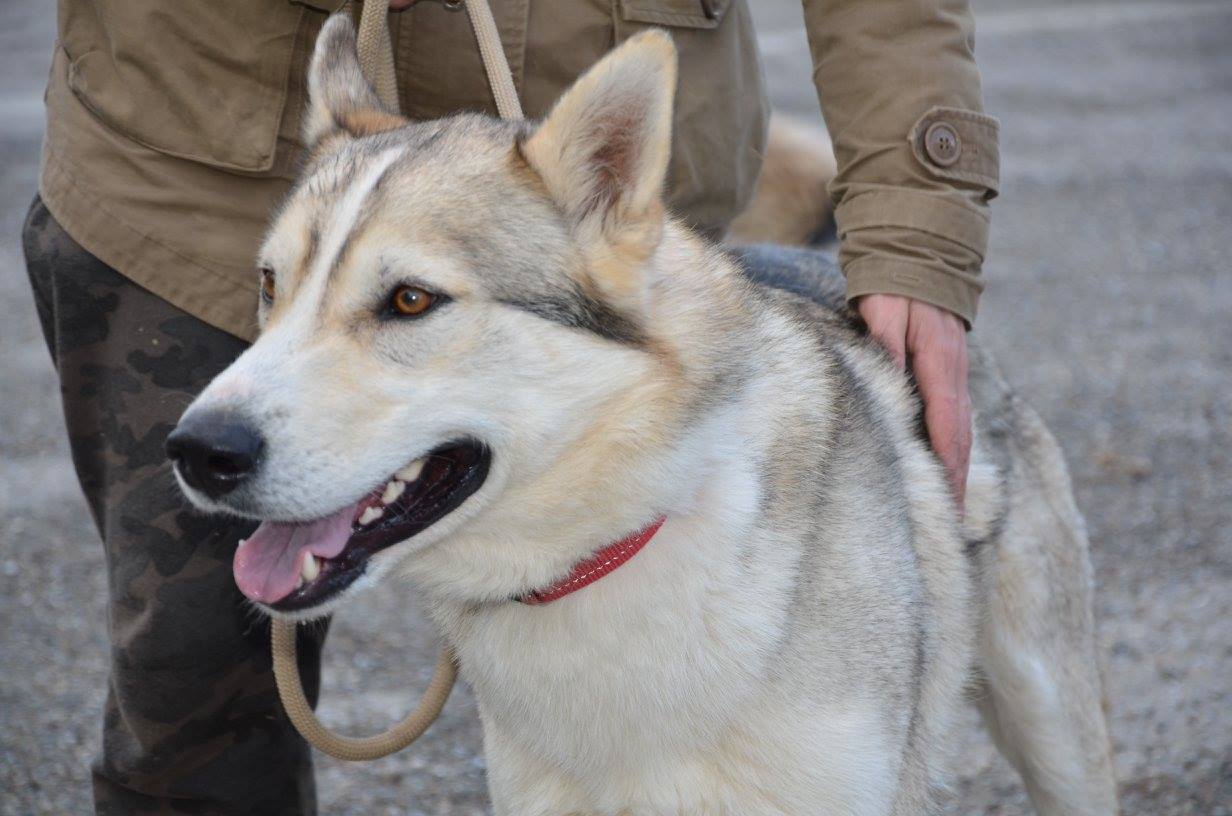 Last night’s urgent appeal for 15 year old Youka bore fruit immediately, with a wonderful family arriving as soon as the refuge opened to test her with their 2 year old patou cross. So less than 24 hours after being abandoned, this lovely girl already has a new home. Many thanks to Ingrid for dealing with the numerous offers of homes, and of course to everyone who came forward for Youka in her hour of need, as well, of course as her new family. If only all our other oldies could be so lucky….

As well as one new arrival being reclaimed, today we said goodbye at last to Texas. We all know his story; given away on leboncoin and brought to the refuge, then two failed adoptions, neither of which failures was his fault. This time it looks like all is well. His new family has no cats (Texas’s downfall the first time, although he lived with cats previously) and although he is fine with other dogs, he will be an only dog in his new home. We are over the moon for him; yes, it has been a long wait, but as we so often say, it was worth the wait.

Today’s other adoption was that of puppy Vitalis. He and his brother Remi have been here for 5 weeks, which is a long time for a puppy. But with all the other pups at the ScPA, it is inevitable that some of them have longer to wait than others. However today he has his new home and we wish him a long and happy life.

Yes, for some dogs, finding the right home can take a long time, or even several attempts. Today we have an adoption from a couple of weeks ago to catch up on. Roxy. He appeared as the urgent appeal on Dog Rescue Carcassonne on three occasions. The most recent of these was after he was returned to the ScPA just 24 hours after being adopted, as the new owner realised that he lived in a small appartment; a fact he lied about when adopting this big dog.

However it was not thanks to the internet that Roxy found his home. Rather it was a couple who were looking round the refuge on spec. They saw Roxy and fell in love. However they had cats, and Roxy was noted as not being at all good with cats. However the couple wanted to give it a go, confident that with good management, Roxy would adapt.

The guru overseeing this adoption was Patricia, and she kept in touch with the couple on a daily basis. At first there were good days and bad days, but at no stage did they wish to throw in the towel. Then the day came when they were happy to finalise the adoption. Yes, up till this point Roxy had been in a kind of foster situation, and this is something that the ScPA is considering doing more and more, particularly with dogs who have been at the refuge for a long time. Such dogs are often labelled as not being good with other dogs or cats. Sometimes this is just the effect of being in kennels, and a change of scene can be a game changer. However it a brave family that will pay an adoption fee up front, so this system will allow for a trial period which we hope will subsequently turn into an adoption!

Many thanks to Patricia for overseeing Roxy’s departure and of course to his new family (and their cats) for giving Roxy this chance, after he had spent over 2 long years at the refuge.